Longer than the wait for a new Mazzy Star album, here is the results from the Bedlgian Jury…er….Head in Hands League:

That meant Barney “won”. Here he is in celebratory mood: 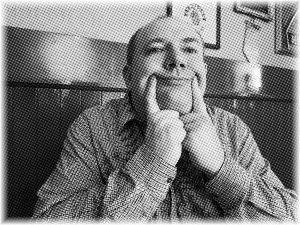 THE ‘I’m A Lumberjack, Following My Intuition to Someone like You’ HEAD-IN-HANDS LEAGUE

Zinger
Barney: “Thank god it’s over”
Chris: “?”
Howard: “What has Barney done with the Zingers? Surely he hasn’t buried the only bit that’s any good??”

The Dread Hand of Barney
Was making good on some late spring cleaning, thowing out clutter such as old cushions, used batteries and fragments of the True Cross. Despite this industry, our decayed compadre once again blanked Bradley Dack at Blackburn Rovers, James Maddison at Norwich City and Aleksandar Mitrovic at Fulham.

Day Trip To Brighton
They’re on the beach, not around the Pavilion (and certainly Out)…

Local Boy Makes Good
I can’t believe we’re drawing a blank on this, hopes were raised when it emerged Kieran Agard had declared for Jamaica but has yet to be capped.

Stealth Gub
No Tony this week. From next season, given current BBC policy, he will have been replaced by a woman. If they’re serious about gender equality, maybe they could start with equal pay and leave a well-loved show alone. Thankyou, I’m Peter Davison, goodnight.

Cup Week
Trust Barney to use a category that isn’t even a proper Category yet. Still, Awkward is his middle name (or maybe Shaka). After all that guff he chose:

Rochdale v Charlton Athletic …more on this below.

Now, to make up for the blanks earlier, this does go on a bit, so please don’t fall asleep just yet…

Some fine examples of footballing spite were had on the final day of the League 1 and 2 tourneys. First one will go Northampton Town, who were already wondering where Nailsworth was. The Cobblers charitably allowed Oldham Athletic to join them in visiting the Moss Rose Ground next season by holding them to a 2-2 draw, allowing Rochdale to secure survival by beating Charlton Athletic. which they did 1-0. This result meant Bury were 15 points away from safety and made THE TRAVEL PAGES until the new season begins.

Both Burton Albion and Barnet had been fighting like beavers (Is this an old category? [Edit: YES. Much missed]) to avoid relegation, unlike their rather more moneyed clubs below them *cough* Sunderland, Chesterfield *cough*. Alas, The Bees were relegated despite taking 17 points from their last 9 games and beating Chesterfield 3-0 on the final day, and Bolton Wanderers’ very late winner from Aaron Wilbraham (awarded The Claridge Clock for his efforts) saw the Brewers go south, the win at Sunderland proving to be in vain.

Seamless linking to Sunderland, they, The Spiteites of Chesterfield are also joined in the DYING LIKE DOGS guest category by Barnsley, who needed a win to have any chance of stopping up. Derby 4-1. The RSPCA have been alerted. [I do hope that makes sense to anyone else].

We also saw a couple of PAUL ROBINSON!!!! 0-0 bore draws, in the shape of Cardiff City v Reading and Coventry City v Morecambe, with a combined 7 shots on target and destined to be last on their divisional segment of the godawful Channel 5 highlights programme.

Finally, because it wasn’t a category, of course we had a PAGGA as Swindon Town’s James Dunne and Accrington Stanley’s Jimmy Dunne (no relation) had clearly decided the pitch was only big enough for one Dunne and proceeded to get things Dunne ‘behind the bins’ or near the halfway line in this case. The official’s verdict was harsh as neither Dunne saw the last 5 minutes of the game and won’t see the first 2 matches of next season either. Can I stop typing ‘Dunne’ now. I mean, are we Dunne? Why YES.

OVERALL RESULT: A JOINT WIN FOR THE OWLS AND THE ADDICKS