Awaking, as if from a deep sleep, the Head-In-Hands beast groaned in pain and slowly got to its’ feet, shaking off the dust and leaves, and looked around at the unfamiliar surroundings. It was a strange and frightening new world out there.

THE HEAD IN HANDS LEAGUE 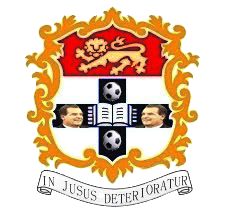 So called because of thr birthdays of Amelie star Audrey Tautou (36) and ‘Chopper’ actor Eric Bana (46). Sadly, this is not a biopic of the venerable Raleigh bicycle, or even a 70s style sex comedy starring Robin Askwith and Bob Todd.

Botta Bia Bi scored on his debut for Falkirk.  Signed from Clydebank boys club, of course!

A NARROW WIN FOR CHRIS’ OWLS TO KICK OFF THE SEASON!